Cycling is a term you might have heard if you’ve ever dug a bit deeper into the aquarium hobby. As I mentioned in the previous section, there’s a whole host of organisms that are a critical part of aquatic ecosystems. These microscopic plants, animals, and bacteria form the foundation of the ecosystem. It’s hard to see the impact they have when you never see them, but they’re important. They adjust the levels of nutrients and chemicals, as well as recycle wastes and other matter into compounds usable by the bigger stuff.

But you have to give them time to do it! That’s what cycling is. It’s what we call the waiting period wherein we impatiently delay the completion of our jarrariums.

How do you begin cycling?

There’s a couple of methods. The first and easiest is to simply use pond water and pond mud in the creation of your jar. These ingredients are already chock-full of micro-organisms and tiny bugs. Simple wait a couple of days for everything to settle in, and you can consider yourself cycled. 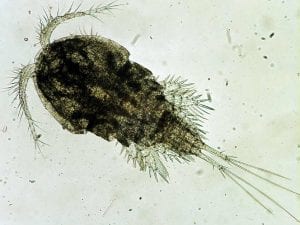 Alternatively, you can inoculate your jar with water. If you want to use only gravel as your substrate and omit soils entirely, you can do that. Just add a dash of pond water to the chemically-neutral water you already mixed up. As with the mud, all of the tiny plants and animals in that pond water will begin to multiply and eventually fill the water. Since you’re not using any soil, you won’t need to add any pond mud. Jars without soil will lack some of the ability to decompose, but you can make up for that in other ways (detritivores!). There also won’t be any nitrifying bacteria if you don’t have dirt, so particularly needy plants might suffer. That can be rectified by either using fertilizer tablets or adding “plant food” directly to the water (in a very diluted manner). These can be purchased online or in aquarium stores.

There’s a final method, one that is used very commonly in aquariums. It’s also the easiest (if slowest). You have to obtain an appropriate “live rock” and chuck it in your jar. A live rock is a rock that is “living” in the microbial sense. It has established populations of bacteria and microorganisms because the rock has been exposed to them for several months. People with aquariums will transplant a rock from their old tank to the new one when setting up a tank. Live rocks serve as a catalyst for cycling, just like pond water or pond mud.

What makes a good live rock? 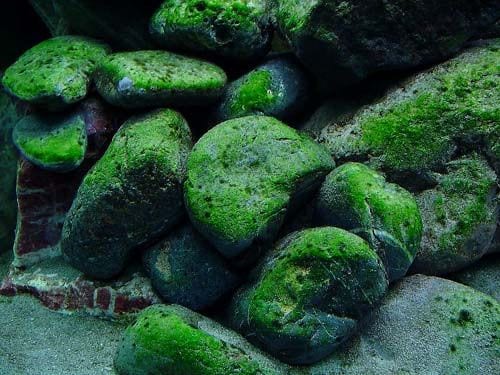 Rocks that are rough, porous, or have lots of nooks and crannies. They shelter colonies of the minuscule creatures that you want in your jar. A smooth rock, like a piece of shale, doesn’t give them much to hold onto. It’s also important that the rocks have existed in a cycled aquarium or jar (or pond) for a few months. That gives them the time they need to soak in all the good stuff. It’s also important that you use a rock from the right setting! You wouldn’t use a rock from a freshwater aquarium to cycle a saltwater aquarium! Those two ecosystems have a totally different assemblage of microorganisms that are adapted to different environments and perform different functions. If you tried putting a live rock from fresh water into salt water or vice versa, everything on the rock would just die in a couple of hours.

How long does cycling take?

After you’ve chosen your method of cycling, you have to wait for the actual cycle part to happen. Ideally, you should wait two weeks after inoculating your jar. I know; it’s a really long time. Between you and me, it’ll still be okay if you only wait one week. The reason we wait so long is because the levels of nutrients and chemicals in the jar fluctuate wildly in the beginning while everything is getting set up. It can sometimes be harmful to plants, but it is particularly dangerous to animals.

Once it is done cycling, you can put in your plants! They will also make a few changes to your burgeoning ecosystem, so you should wait another week after adding plants before you try to put in any animals.

You can monitor cycling by using water test strips. They can be bought anywhere that sells fish. The most important chemicals to monitor are ammonium/ammonia. It can do the most harm to the occupants of your jar. Also, make sure there’s no chlorine or fluorine, but that should only be a problem if you used tap water. Ensure the pH is between 6-8. If you don’t want to use test strips, you’ll be okay. Just wait the entire cycling period. Most chemical problems won’t show up for a couple of months, so you don’t need to start testing until it’s been a while or problems start to crop up.

We’re getting to the fun parts, now! How to choose your plants.