How to Create a Terrarium for Carnivorous Plants 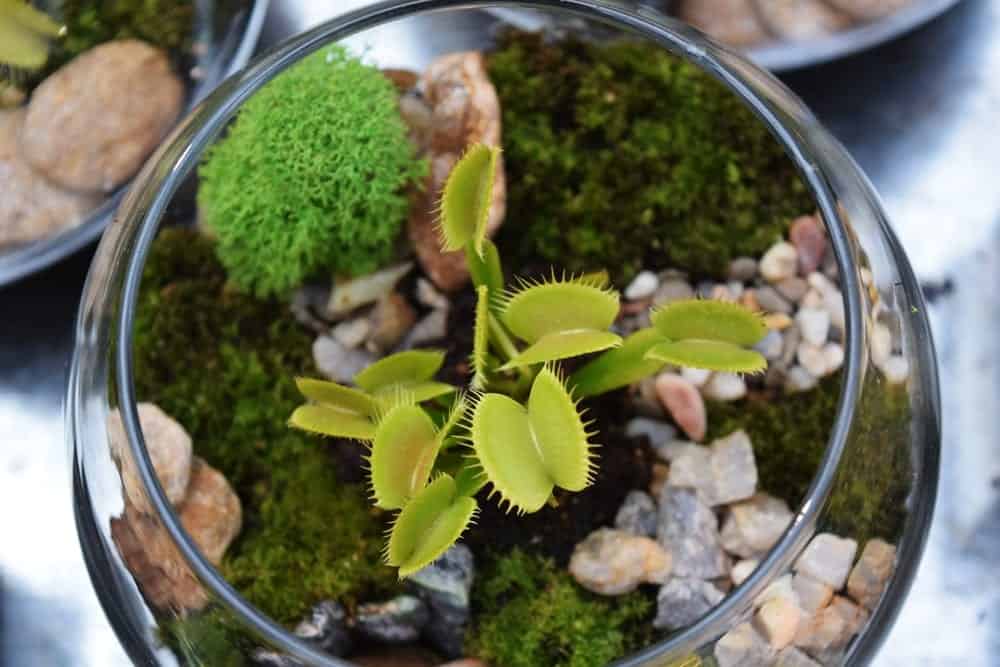 Do you remember the “Little Shop of Horrors?” That classic movie was my first encounter with carnivorous plants. Even though my friends were terrified of the enormous alien-like talking plant, I thought it was so cool. After I grew up, I discovered that real-life carnivorous plants are even cooler! 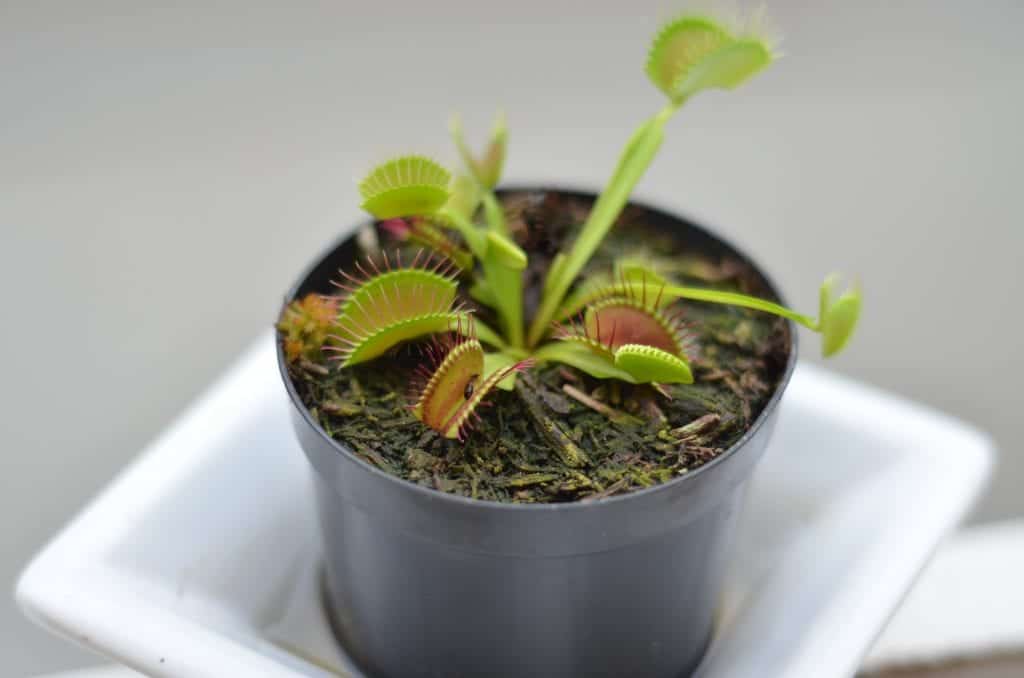 Photo by Gabriel on Unsplash

If you’re unfamiliar, carnivorous plants don’t feed off the soil or sunlight. They derive the necessary nutrients by digesting protein-rich insects. This way, growing them can give you a free pest control service!

In this post, I’ll share all of my knowledge on how to create a terrarium for carnivorous plants. Let’s get going!

Natural selection has set the course for the development of varying species of carnivorous plants throughout the years. Before we head to the actual terrarium setup, look at the following species to determine your favorite one, and plan your setup accordingly. 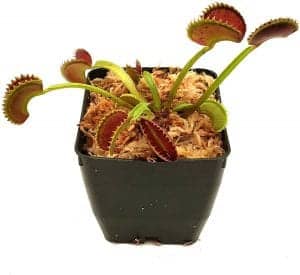 The Venus flytrap is undoubtedly the most famous carnivorous plant. It keeps its hinged leaves patiently flared, waiting for unfortunate insects to land. Once the leaves detect any movement, their tiny projections signal the plant to contract its fibers and trap the prey.

If the hunt turns out successful, the leaves will remain closed for about a week, during which the plant bathes the insect with all sorts of digestive enzymes. Ironically, that viscous plant is named after Venus, the Roman goddess of love!

Unlike most carnivorous species, the Venus flytrap likes to sit in wet soil throughout the whole year. They also show the lushest growth next to sunny windows. 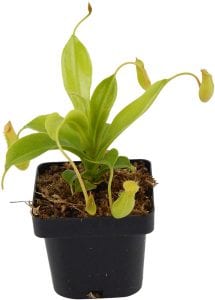 At first glance, the pitcher plant will seem as peaceful as any other flowering plant. But when you take a closer look, you’ll realize how deadly they can be! They have long tube-like leaves that lure insects to fall inside by offering dazzling nectar. Once the insects get to the bottom of these leaves, they’ll immediately give in to the strong digestive secretions.

Although pitcher plants can thrive in terrariums, I don’t really recommend them for beginners. For one, they require large enclosures that can accommodate their extravagant sizes. And as the terrarium gets bigger, maintaining the humidity and ventilation becomes remarkably trickier. 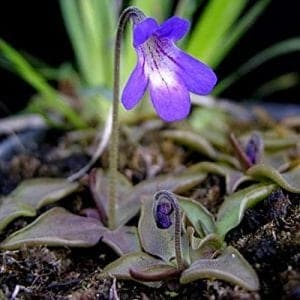 If you thought the previous plants were too extreme, you’ll probably love the subtle nature of the butterworts. These plants grow multiple small leaves that secrete a sticky mucous. When an insect gets trapped over this coat, the deadly enzymes will flood the surface and dissolve the insect’s body layer by layer.

Butterworts are the ideal candidates for shallow terrariums. They’ll only require you to maintain a soared-up humidity. 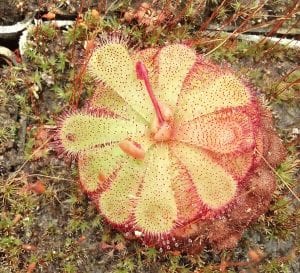 If a Venus flytrap had a baby with a butterwort, it would be a sundew. The leaves of these unique plants are studded with dozens of hair-like tentacles that release sticky, sweaty nectar.

When an insect steps over these leaves, the sticky substance holds them in place, painfully waiting for the digestive enzymes to reduce them to basic nutritious compounds. Some sundew species go the extra mile by wrapping their tentacles over the prey, similarly to Venus flytraps.

Most carnivorous plants thrive best in humid conditions. That’s why you should pick a glass container with a lid.

Choosing the size comes down to the number of plants you want to grow. If you have experience in this field, you can group three or more of the aforementioned species in a large fish tank. Beginners, on the other hand, should opt for small bowls, at least until they get a feel for what carnivorous plants need.

For the first layer, you’ll need to put a material that can absorb moisture and maintain it over a long period. This is important because most carnivorous plants like to have their roots dipped in damp surfaces. Learn more about terrarium substrates in this in-depth guide.

Sand and cork are two of the best materials for that layer. However, if you choose sand, make sure you’re getting the terrarium-friendly type. Avoid buying sand from home centers because this type might have toxic impurities.

Step 4: Layer the Rest of the Growing Medium

Carnivorous plants have evolved in harsh habitats with poor soils. In fact, those challenging circumstances were the reason why they resorted to insect-derived proteins. That said, when preparing your growing medium, you shouldn’t use the typical, nutrient-rich potting soil.

After excluding soil, you’ll be left with the ultimate choice for any terrarium setup — moss!

Unlike typical plants, moss doesn’t depend on roots and internal vessels to distribute water and nutrients over the leaves. Instead, the plant slowly absorbs water by retaining the moisture over its vast network of tiny leaves. Naturally, such a mechanism will maintain high humidity, which excellently serves the carnivorous plants.

Check out our guide to DIY moss terrariums to learn even more!

Just like any other plant, moss has many sub-species. I like to use sphagnum moss for the first layer above the foundation since it provides exceptional water retention.

For the last layer, use a 1:1 mixture of peat moss and perlite. Having perlite at the top enhances the drainage and aeration, keeping the medium suitable for most carnivorous plants.

When layering moss and perlite, never apply pressure to compress the layers since this will detract from their positive qualities. Just spread them equally over your terrarium to make sure they fully cover the plants’ roots. 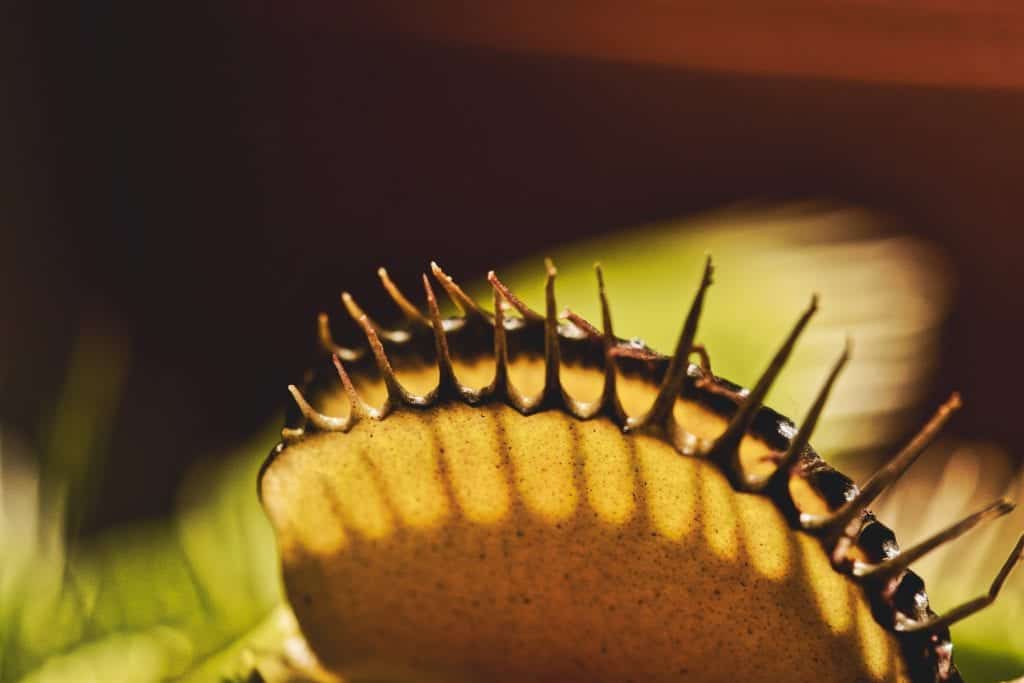 Photo by Conscious Design on Unsplash

Despite being vicious “meat” eaters, carnivorous plants are actually delicate. While preparing them for your terrarium, try to avoid touching the leaves and roots as much as possible. Carefully remove some of the soil surrounding the roots to accelerate their exposure to the medium you just prepared.

With your fingers, dig a small hole in your medium. Aim for a depth that can accept about two-thirds of the plant’s original soil. To cover the remaining third, I like to put another layer of sphagnum moss. However, this doesn’t really provide any value; I like how the green sphagnum moss lightens the rather dull perlite mixture.

Technically speaking, that marks the end of my tutorial. Your plants should now be ready to devour some delicious insects! However, there’s an important aspect we still need to discuss — watering.

All carnivorous plants share one attribute: They hate nutrient-rich water. Why? Well, that traces back to their evolutionary history. Carnivorous plants first appeared in fairly arid environments. They mainly depended on rainwater that has low mineral content.

That being said, you’ll have to forget about tap, bottled, and even filtered water. This narrows down your options to distilled and demineralized water. You can get the former by using a distiller, whereas the latter needs a reverse osmosis system.

If both options would put a burden on your budget, you can leave some pots in your backyard to collect natural rainwater. Because carnivorous plants don’t need frequent watering, this method will actually work, even in low rainfall zones.

How to Water Your Carnivorous Plants

The actual watering process is fairly straightforward. All you have to do is make sure you don’t waterlog the medium.

With a spray bottle, sprinkle your terrarium twice a week. You can increase the frequency to three times per week if you’re living in a dry environment. 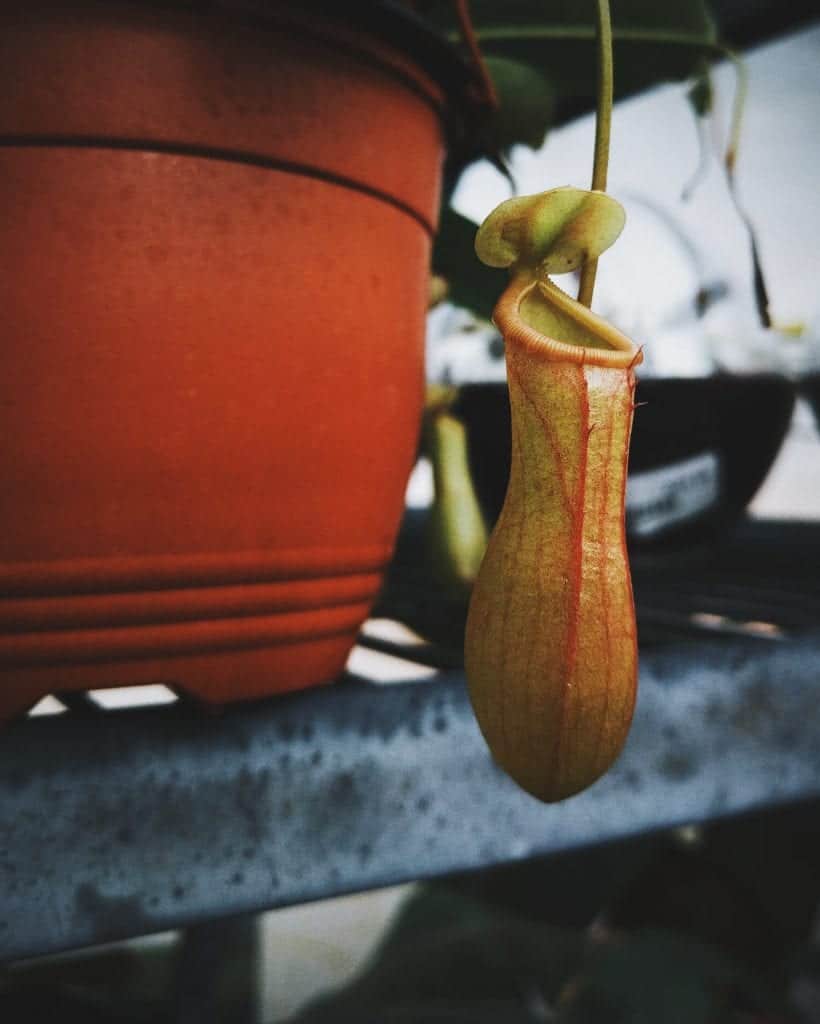 Photo by Olena Shmahalo on Unsplash

Generally speaking, carnivorous plants will take care of their diet on their own. All you have to do is place them outdoors for a couple of hours per week. Once they catch their prey, you can take them back inside to digest their feast.

If the insect population doesn’t seem to be enough in your area, you’ll have to hand-feed your plants. You can serve any dead insects you caught yourself. But if this sounds too bothersome, you can suffice with a pack of bloodworms.

Whatever you choose, don’t serve more than one insect at once to avoid overwhelming your plants.

Help! My Carnivorous Plants Are Dying

Many people reach out to me, expressing their disappointment and despair after noticing how their carnivorous plants slowly shrivel. If this happened or is happening to you, don’t worry; this doesn’t necessarily mean you did something wrong.

Most carnivorous plants go into a state of dormancy during winter. Scientists think that this behavior evolved to accustom to the often harsh circumstance of that period. If you come to think of it, many animals practice the same behavior by going into hibernation.

So what should you do during that period? Nothing! Just move your plant into a cold, shaded place to simulate a winter-like environment. By extension, you’ll have to dial down the watering frequency to once every two weeks. When spring comes, your plant will automatically shift back to being a lush, ruthless predator!

What are you waiting for? Feed that Venus flytrap before it takes its mighty wrath out on you!