Can you make a truly self-sustaining aquatic ecosystem?

The short answer is no.

The long answer is almost definitely no, but we’re trying anyway. Since the field of ecology was conceived, scientists have been attracted to the challenge of creating a truly self-sustaining ecosystem. Whether it is an intrinsic, subconscious desire of mankind to play god or merely an exercise in academia, repeated attempts have been made to create such a system.

Recently, and most notably, a company called Space Biospheres Ventures created Biosphere 2, an enormous complex to test the feasibility of such habitats for supporting human life in space exploration1. Located in Arizona, it featured multiple interconnected biomes and complex natural systems carefully modeled to recycle all the waste into usable resources, hopefully in a permanent cycle. Biosphere 2 was experimentally sealed twice, both times with consenting humans inside. Unfortunately, however, the experiment failed both times it was run. 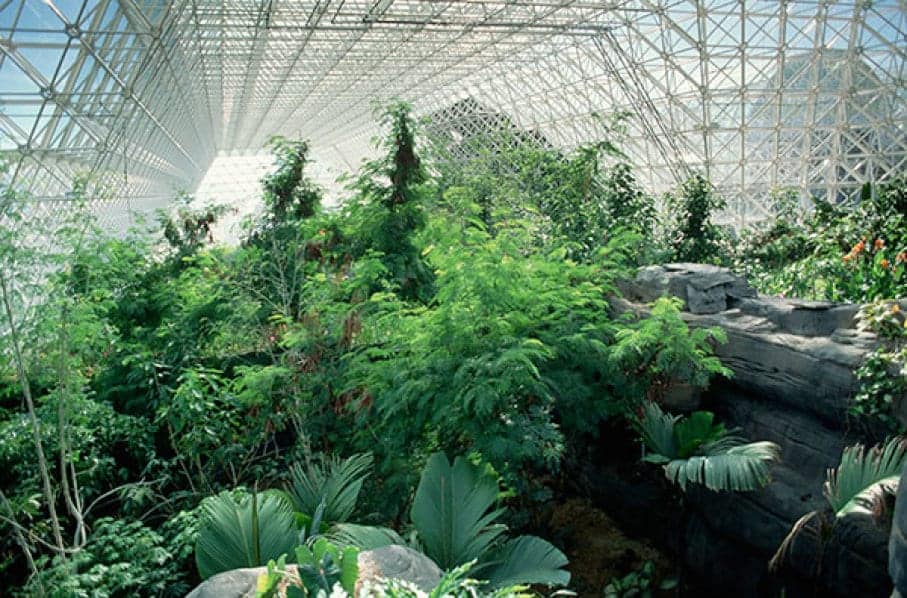 The first time was essentially model miscalculation – plant and animal diversity dropped rapidly as a few species took over their various habitats. Carbon dioxide levels rose rapidly, as oxygen became scarce. Oxygen was pumped in to the habitat, and carbon dioxide scrubbers installed to remove carbon dioxide. The researchers that had agreed to be locked inside for 2 years were hungry, although still healthy, as they struggled to maintain their food sources amidst system collapse. The second, much shorter experiment, became dangerous to the participants due to squabbling by management outside of the bubble. In fact, Space Biospheres Ventures was dissolved in the middle of the experiment.

Why can’t I make a self-sustaining Jarrarium?

Despite the best efforts of some of the top ecological minds, we couldn’t maintain complex life for even a couple years in a closed system. While you and I aren’t trying to replicate multiple interdependent biomes in our jars, our goal is no more feasible than Biosphere 2.

The difference between Biosphere 2 and your jarrarium is clear – the size. Unfortunately, this is one of the most important factors when attempting to create a self-sustaining ecosystem. The only such system that is truly successful, that we know of, is the Earth. Even the Earth (sometimes called Biosphere 1), isn’t entirely stable. Its enormous volume makes Earth’s systems more resilient to change in temperature or chemical levels, but still, the Earth has undergone dramatic shifts over its lifetime. Hundreds of millions of years ago, atmospheric oxygen levels were much higher than they are today, enabling insects to grow to huge proportions. Global temperatures have varied dramatically as well, ranging from ice ages to the warm climate of the modern day. Earth’s systems are far from stagnant.

How is the Earth related to my jar? 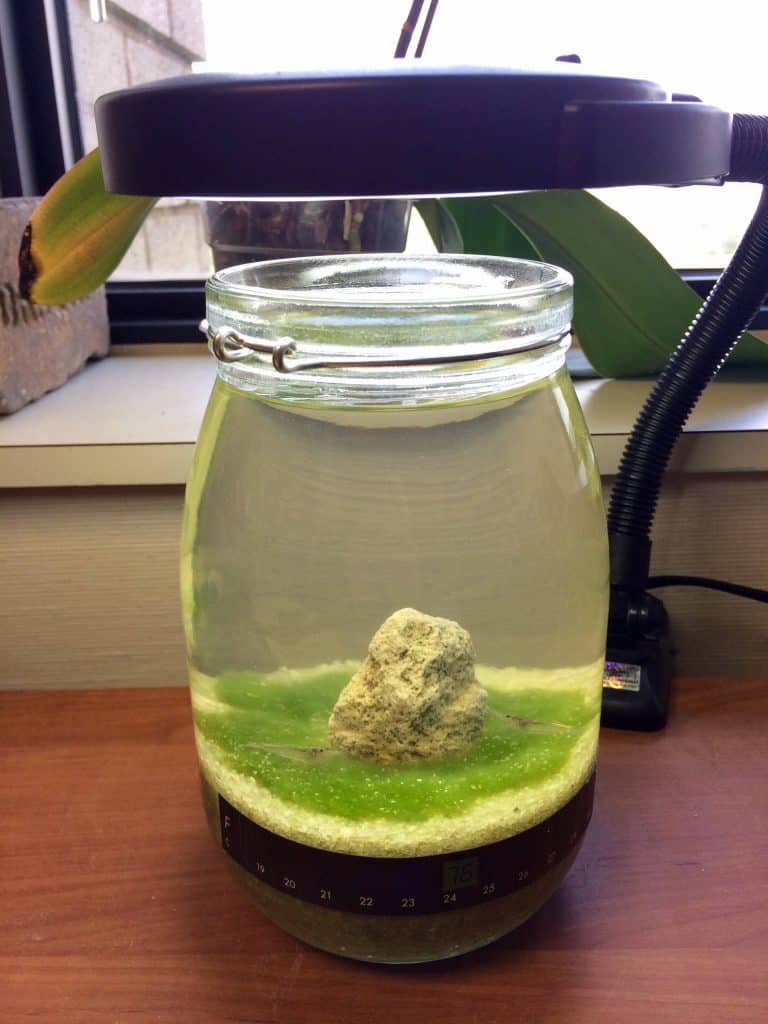 Despite these drastic changes, life on Earth survived (obviously). These changes occurred over periods of time long enough that organisms could adapt. You won’t see evolution in your jar. Not in your lifetime, anyway. Changes in the jar’s condition will occur on the scale of days and weeks, not millions of years. A jar simply doesn’t have the sheer space a planet has to buffer and slow the changes. Yet, you are subjecting the occupants of your jar to all the same rigors and stresses of life with few of the benefits provided by being in a healthy, complex ecosystem. For example, there simply won’t be enough denitrifying bacteria to turn all of the waste into nitrogen usable by your plants. The limited space in your jar is the ultimate reason you cannot make a truly self-sustaining ecosystem.

So, if the best and brightest couldn’t do it in a 3.14 acre habitat, how are we going to accomplish it in a one or two gallon jar? We won’t. But we can have a good go of it with some preparation. You will undoubtedly learn something, and you will undoubtedly get satisfaction out of nurturing your own fully-functioning ecosystem (even if it’s only temporary).

But seriously, if you do make a real self-sustaining ecosystem, give me a shout out at your Nobel Prize award ceremony.

Next up, we discuss whether you should make a sealed jarrarium or an unsealed one.